A pedestrian crosses a road on a frosty day in Yakutsk, Russia.

Temperatures have plunged to minus 50 degrees Celsius this week in Yakutsk during an abnormally long cold snap in the Siberian city known as the coldest on earth.

Located 5,000 km east of Moscow on the permafrost of the Russian Far East, residents of the mining city often see the thermometer regularly drop well below minus 40.

“You can’t fight it. You either adjust and dress accordingly or you suffer,” said Anastasia Gruzdeva, outside in two scarves, two pairs of gloves and multiple hats and hoods. 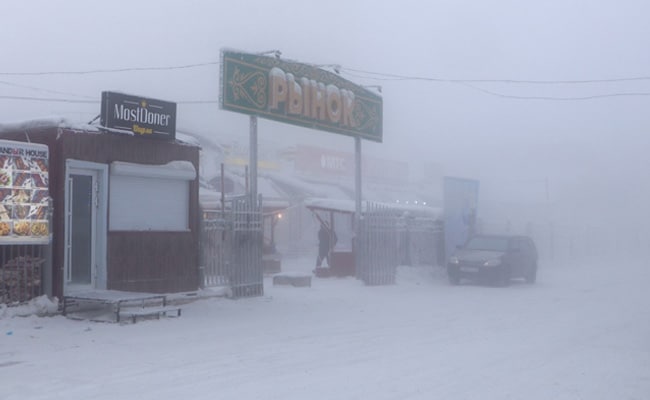 A view shows an open-air market on a frosty day in Yakutsk, Russia

“You don’t really feel the cold in the city. Or maybe it’s just the brain prepares you for it, and tells you everything is normal,” she added in the city shrouded by icy mist. 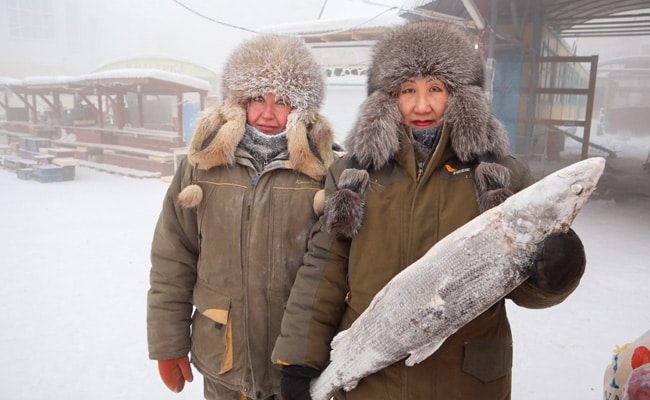 2 fish vendors pose for a picture at an open-air market on a frosty day in Yakutsk, Russia

Another resident, Nurgusun Starostina, who sells frozen fish at a market without the need for a fridge or freezer, said there were no special secrets to deal with the cold.

“Just dress warmly,” she said. “In layers, like a cabbage!”

(This story has not been edited by NDTV staff and is auto-generated from a syndicated feed.)

68 Dead As Nepal Plane With 72 On Board Crashes, 5 Indians Were On Flight